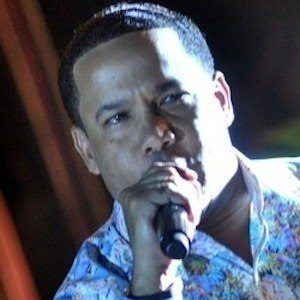 Nicknamed El Torito, he is a merengue and bachata performer from the Dominican Republic. He was previously a member of Los Toros Band but later embarked on his solo career in 2006.

Los Toros Band was formed in the late 1980s and Acosta joined them in 1989. After releasing their debut album in 1991, he spent over a decade with the band before departing in 2006.

He has released a number of successful solo albums including Con el Corazon Abierto, Obligame, and Simplemente el Torito.

His first hit single as a solo artist "Me Voy" was penned by fellow singer Romeo Santos.

Héctor Acosta Is A Member Of