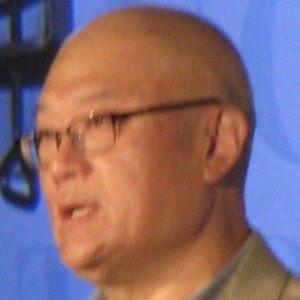 A Chinese-American writer and novelist, he is best known for his 1999 novel, Waiting, which focuses on an army doctor who is waiting for a divorce. His other works include Under the Red Flag (1997) and War Trash (2004).

He joined the People's Liberation Army during the Cultural Revolution in China.

He won the National Book Award for Fiction and the PEN/Faulkner Award.

He was born in Liaoning, China to a military officer father. He immigrated to the United States shortly after the 1989 Tiananmen Incident.

He won the PEN/Hemingway Award, which is an honor named after author Ernest Hemingway.

Ha Jin Is A Member Of