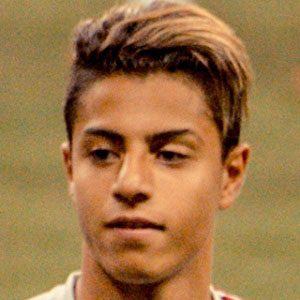 Striker and attacking midfielder who joined the professional club AC Milan when he was just 16 years old. He has also played for Dutch club Zwolle on loan.

He scored his first professional goal on October 29, 2014 against Sassuolo.

He was born in Reggio Emilia, Italy to Moroccan parents. He has a sister named Sara.

His ball skills earned him comparisons to Ronaldinho and Neymar.

Hachim Mastour Is A Member Of