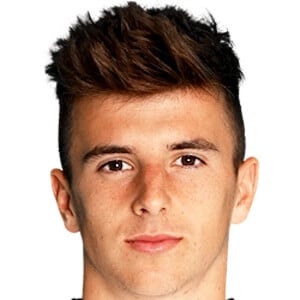 Midfielder loaned out from Premier League club Chelsea FC to Vitesse and Derby County between 2017 and 2018. He is a long-time member of England's under-age national teams.

He was born Mason Tony Mount in Portsmouth, England. He shared a picture with his mom on his Instagram account in March 2017.

Gareth Southgate invited him to train with the senior England team ahead of the 2018 FIFA World Cup following his impressive season with Vitesse.

Mason Mount Is A Member Of