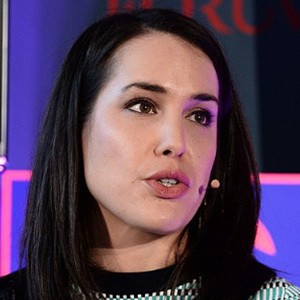 Journalist who has gained fame for her career as media, politics, and business reporter for CNN and CNN International. As a media reporter for Politico, she led the On The Media blog as the lead writer about the 2016 Election.

She graduated with her BA and MA in media and public affairs from George Washington University. She earned a fellowship to the Pulitzer Center in 2011.

She was named by Mediaite as one of the most influential reporters in 2017. She has sat on the George Washington University School of Media of Public Affairs' national council.

Her parents' names are Daphna and Yoram. She later grew up in Scottsdale, Arizona beginning at age 3.

She and Jake Tapper both received anti-Semitic threats in October 2016.

Hadas Gold Is A Member Of