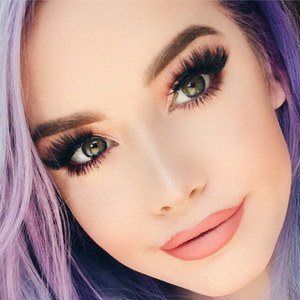 Lifestyle and beauty vlogger, as well as licensed Esthetician, who publishes a mix of tutorials, swatches, reviews, unboxings, hauls and more for her 100,000 subscribers.

She graduated from the Aveda Institute where she studied esthiology in early 2015. She uploaded a first video titled "Get to Know Me!" in September of 2015, but was active on Instagram as early as December of 2013.

She used her Instagram account solely to post personal pictures for about two years, then in December 2015, she began posting makeup content and her follower count grew and grew. She now has over 320,000 followers.

She has a younger brother named Elias and a younger sister named Mackenzie.

She has used beauty products from KathleenLughts and Jaclyn Hill in her videos.

Hailie Barber Is A Member Of