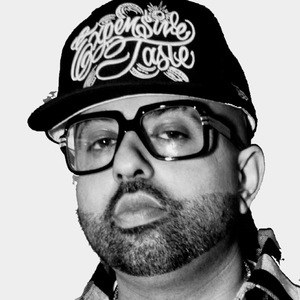 American rapper who is known for albums such as 2018's Dava and 2013's Electronic Desi Mafia. He has put out tracks like "Gametime" and "Lamborgini".

One of his earliest releases was the 2007 album The Hyphy Indian Rapper...Stackin' Rupees.

He hails from the Bay Area in California in the U.S.A.

he is a rapper who comes from California along the same lines as Kendrick Lamar.

Haji Springer Is A Member Of