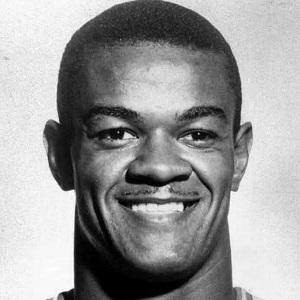 10-time All-Star guard who was inducted into the Naismith Memorial Basketball Hall of Fame in 1982. A 10-time All-Star, he spent his entire 15-year NBA career with the Syracuse Nationals and Philadelphia 76ers.

He was considered one of the finest basketball players to come from West Virginia, along with fellow Hall of Fame guard Jerry West.

Instead of taking free throws from a normal stance, he preferred to take a jump shot.

He played alongside the great Wilt Chamberlain on the Philadelphia 76ers.

Hal Greer Is A Member Of