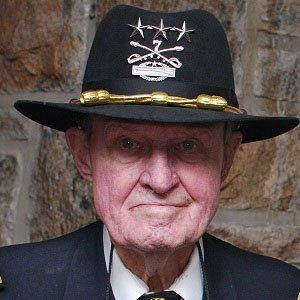 In the hope of gaining entrance to the United States Military Academy at West Point, he left school at the age of seventeen to work a government job in Washington, D.C. He began his training at West Point at the beginning of World War II.

With author Joseph L. Galloway, he co-wrote a memoir entitled We Were Soldiers Once. . . And Young.

He and his three siblings grew up in Bardstown, Kentucky. His marriage to Julia Compton produced three sons and two daughters.

He was compared by the Vietnam War troops he commanded to American Civil War Union General George Armstrong Custer. The two men had commanded the 7th Cavalry Unit in their respective battles.

Hal Moore Is A Member Of