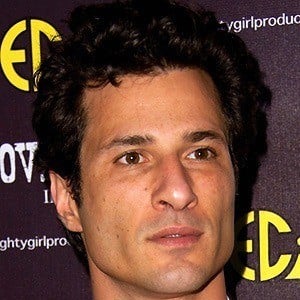 He was admitted to Brentwood School at age 11 before later moving to the United States in 1990 to pursue more of acting.

He was born to Turkish Cypriot parents and moved from Cyprus to England at age 3.

He co-starred with Katie Holmes in the television series Dawson's Creek.

Hal Ozsan Is A Member Of