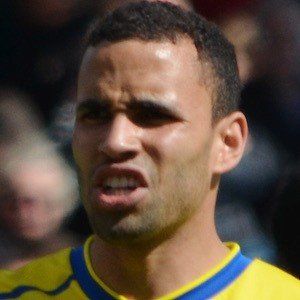 England-born Welsh international winger known for his time with Reading, which includes the 2012-2013 season they spent in the Premier League. He left the team when his contract expired in 2016.

He grew up playing for Arsenal's youth team before being released in 2004 and joining Reading's youth club.

He played for England's U19 and U20 teams before joining the Welsh team. He was part of the Welsh Euro 2016 team, the country's first major tournament in 58 years.

He was born in Acton, but has Welsh eligibility through his grandmother.

He and Gareth Bale have been teammates on the Welsh national team.

Hal Robson-Kanu Is A Member Of