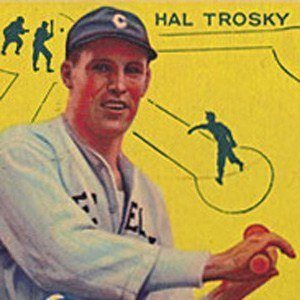 MLB first baseman who hit .302 during an 11-year career with the Cleveland Indians and Chicago White Sox.

He played during the time that Lou Gehrig and Jimmie Foxx played, so he was never selected for an All-Star team.

His son Hal Jr. played for the Chicago White Sox in 1958.

He and Jim Thome were two of the best home run hitters in Indians history.

Hal Trosky Is A Member Of