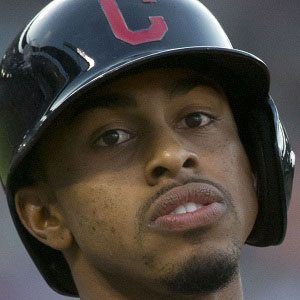 Shortstop who was selected 8th overall in the 2011 MLB Draft by the Cleveland Indians, then debuted with the team in June 2015. He helped the team reach the 2016 World Series. He was traded to the New York Mets in 2021.

He was a USA Today All-USA high school baseball team selection as a senior at Montverde Academy in Montverde, Florida.

Entering the 2013 MLB season, he was ranked as the top prospect in the Indians' organization by Baseball America.

He has three siblings. He began dating Nilmarie Huertas in 2016.

He joined Jason Kipnis in the middle of the Indians' infield in 2015.

Francisco Lindor Is A Member Of