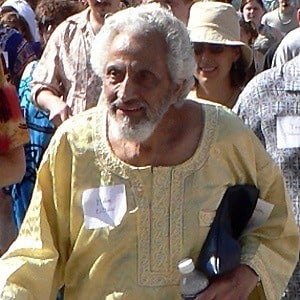 Egyptian-born American composer, educator, ethnomusicologist, and musician whose career spanned over a half-century. He was a pioneer in electronic music and was credited with recording the first piece of electronic tape music in 1944.

He came to the United States in 1950 courtesy of a Fulbright Fellowship to study music at the University of New Mexico. His teachers were the famed John Donald Robb and Ernst Krenek.

He recorded his first electronic tape music for "The Expression of Zaar," an electroacoustic musique concrète piece. He developed the concept at the Colombia-Princeton Electronic Music Center during the late 1950s and early 1960s.

He grew up with a large, wealthy Coptic family in Sakakini, Cairo, Egypt.

He was largely influenced by Austrian composer Bela Bartok.

Halim El-Dabh Is A Member Of

University of New Mexico
Born In 1921
Composers
Born in Egypt