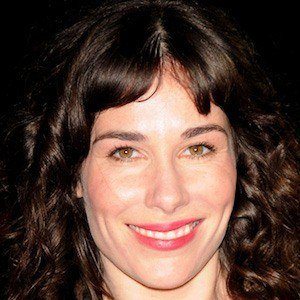 Most Popular#119676
Actress Born in Netherlands#36

Perhaps most well known for her portrayal of Bo in the Academy Award-nominated Dutch film Zus & Zo (2001), Reijn is also notable for her work in the war movie Black Book (2006), as well as for her performance in the feature film A Thousand Kisses (2006).

She trained at the Netherlands' Maastricht Academy of Dramatic Arts and performed numerous starring roles in stage productions at the Theatercompagnie, winning the prestigious Colombina prize for her work in a Mark Ravenhill play.

For her performance in a Toneelgroep Amsterdam theatrical production of Eugene O'Neill's Mourning Becomes Electra, she received a a Theo d'Or nomination.

The daughter of artists Frank and Fleur Reijn, she spent her youth in Groningen, the Netherlands, and grew up with two sisters.

She developed a close friendship with her Valkyrie and Black Book co-star Carice Van Houten.

Most Popular#119676
Actress Born in Netherlands#36

Halina Reijn Is A Member Of