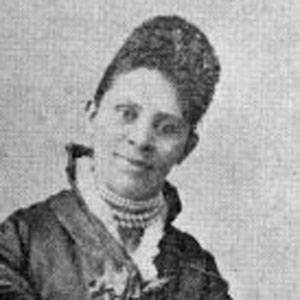 African-American educator and writer who founded the Colored Women's League of Washington D.C. and was the president of the Ohio State Federation of Colored Women's Clubs from 1905 until 1912.

She earned a Bachelor of Science degree from Wilberforce University in Ohio.

She represented the United States at the International Congress of Women in London in 1899.

She was born one of six children to Frances Jane Scroggins and Thomas Arthur Brown who were freed slaves.

Hallie Quinn Brown Is A Member Of