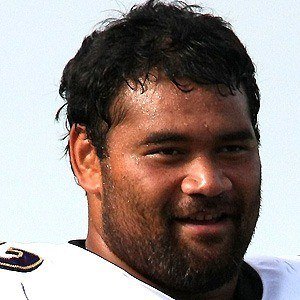 He was named an All-American during his senior season at the University of Oregon.

He won his first Super Bowl Championship with the Baltimore Ravens during the 2012-2013 NFL season.

He played alongside teammate Ray Lewis during the linebacker's last season with the Ravens.

Haloti Ngata Is A Member Of