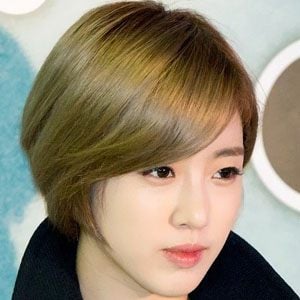 Known for her membership in an all-female K-pop group called T-ara, this South Korean vocalist also had an acting career, appearing in such television series as Coffee House and Dream High, and in the movies Death Bell and White: The Melody of the Curse.

At the age of seven, she became the champion of the Little Miss Korea beauty pageant. Ten years later, she appeared in a television series titled Hello, My Teacher!

She grew up in Seoul as an only child. Her mother, a former piano teacher, managed her performing arts career.

She and Park Ji-yeon were both members of T-ara.

Ham Eun-jung Is A Member Of