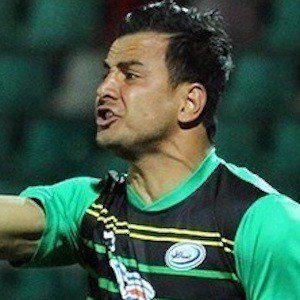 Iranian professional soccer player who is recognized for having played the goalkeeper position for both the Foolad Khuzestan Football Club of the Persian Gulf Pro League and the Iranian national soccer team.

He trained with the Saba Qom youth academy and worked his way up to the senior ranks in 2010.

He made an appearance in the 2014 Hazfi Cup.

Both he and Ashkan Dejagah played for Iran's national soccer team.

Hamed Lak Is A Member Of