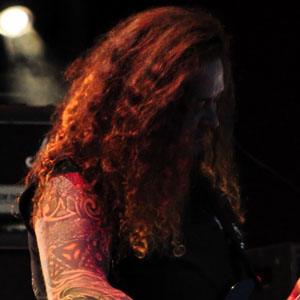 He was an occasional actor, appearing on the show Children's Ward.

He joined My Dying Bride after the release of their album 34.788%...Complete.

He grew up in Dundee, Scotland.

His guitar of choice is the one used and developed by Randy Rhoads, which is called the Jackson Randy Rhoads.

Hamish Glencross Is A Member Of