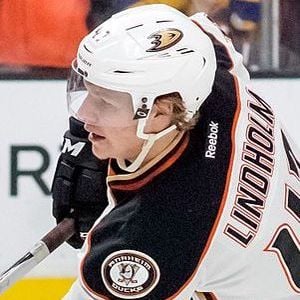 Swedish defender who was selected 6th overall in the 2012 NHL Draft by the Anaheim Ducks. He debuted with the Ducks during the 2013-14 season and quickly became one of the team's top defenders. He was named to the 2013-14 NHL All-Rookie Team.

He helped the Swedish U18 team win silver at the Junior World Championships in 2012.

He tallied 24 assists his rookie year, then 27 during his sophomore campaign.

He was born in Helsingborg, Sweden.

He became linemates with veteran defender Francois Beauchemin during the 2014-15 season.

Hampus Lindholm Is A Member Of