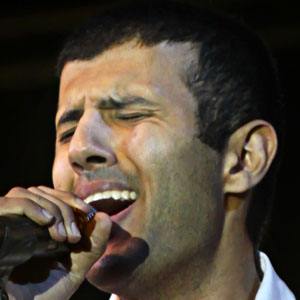 Known for the social and cultural commentary in his songs, this Arabic vocalist, songwriter, and musician released his first two albums, Ehlam Ma'aya (Dream With Me) and Insan (Human), in 2008 and 2011, respectively.

In the late 1990s and early 2000s, he performed with the band of Egyptian musician Nabil Bakly and subsequently took accounting classes at the University of Alexandria.

A humanitarian as well as a musician, he performed at the Save an Orphan charity concert in London, and also championed such causes as Human Appeal International and the Life without Smoking campaign.

Born in Saudi Arabia to Egyptian parents, he settled in his family's native Egypt during his late childhood years.

As he quickly rose to musical prominence, he was compared to the famous Egyptian singer Sayed Darwish.

Hamza Namira Is A Member Of