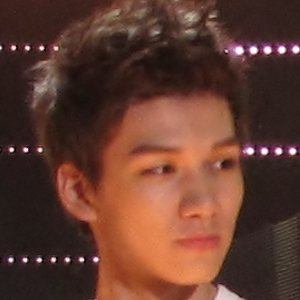 K-pop singer and actor who became well known as dancer and vocalist for the boy band VIXX starting in May of 2012. He booked his debut film role in 2016's Seize It to Live.

At Hanlim Multi Art School he studied Practical Music and would later major in K-Pop Performance at Dong-Ah Institute of Media and Arts.

He performed as cast member on the variety shows Hitmaker and Law of the Jungle in Brazil in 2014.

He and his older sister were born in Daejeon, South Korea. He is most often known mononymously on stage as Hyuk.

He is joined by Jung Taekwoon as a member of VIXX.

Han Sang-hyuk Is A Member Of