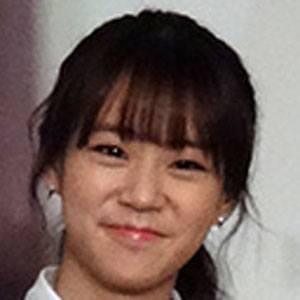 Famous for her membership in the all-female vocal group Kara, this South Korean pop singer and dancer also had a career as an actress, playing the role of Choi Suk-bin in the 2013 television series Jang Ok-jung, Living by Love. Her popular Kara songs include "Rock U" and "Break It."

When she was nine years old, she played a small role in the film Star in My Heart.

A native of Seoul, South Korea, she attended high school in New Jersey, U.S.A. before returning to her native Korea to pursue her singing career and to enroll in the theatre and film department at Kyung Hee University.

In 2009, she and actor Kim Soo hyun co-hosted the Boys and Girls Music Guide on Korean television.

Han Seung-yeon Is A Member Of