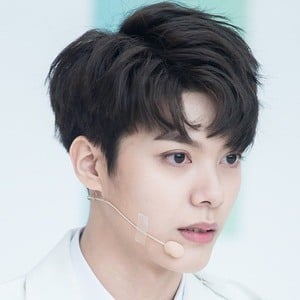 Former SM Rookies member who went on to appear on KBS2's competition show The Unit. In 2017, he joined the boyband Newkidd.

He attended Busan Information High School. He used to be a trainee at Key East Entertainment before landing an audition with SM in 2012.

His real name is Ji Hansol, but he goes by his stage name Hansol.

He was born and raised in Busan, South Korea. He is the youngest of three with an older sister and brother.

He is from South Korea like famous pop-singer Psy, who is known for his hit song "Gangnam Style."

Han Sol Is A Member Of