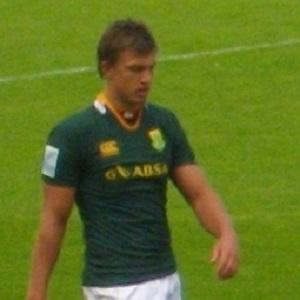 Rugby union player best known for his time with teams like the Vodacom Bulls in Super Rugby. He previously won the 2012 Varsity Cup with the University of Pretoria.

He played for Western Province at the Under-13 Craven Week contest in 2007.

He was nominated for the 2014 Player of the Year award for his performance for South Africa's Under-20 team at the 2014 IRB Junior World Championship.

His father is Andre Pollard.

He became the starting fly-half against Scotland following an injury to Morne Steyn at the 2014 IRB Junior World Championship.

Handre Pollard Is A Member Of