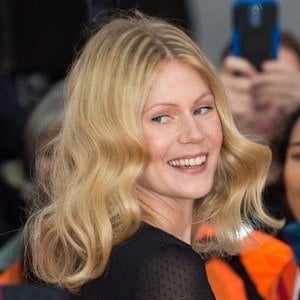 Swedish actress who is best recognized for her role in the Kingsman series of films directed by Matthew Vaughn.

She first began acting at the Unga Teatern when she was just 5 years old. She later began her career in film with her debut role in the 1988 film Gull-Pian.

To further her education and experience, she studied at Sankt Eriks gymnasium and later at the Swedish National Academy of Mime and Acting.

She was born and raised in Stockholm, Sweden alongside her sister Sara. She was married to actor Gustaf Skarsgard from 1999 until 2005.

With a role in the Kingsman films, she stars alongside Colin Firth, Mark Strong, and Jack Davenport.

Hanna Alstrom Is A Member Of