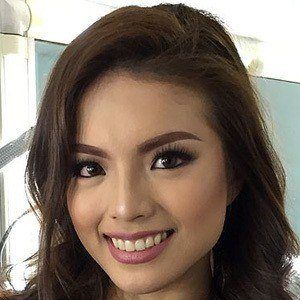 Filipina television and film actress who is best known for her portrayal of Gina on the 2015 series Ipaglaban Mo. She is also known for her work in the 2017 romance feature Can't Help Falling in Love.

She made her professional acting debut on the series Luv U.

She participated in the 2014 pageant Binibining Pilipinas.

She is originally from the Philippines.

She was cast in the film Can't Help Falling in Love which starred Kathryn Bernardo.

Hanna Ledesma Is A Member Of