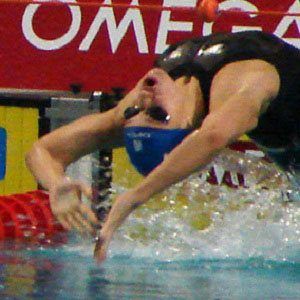 Finnish swimmer who has broken national records in many events, including the 50-meter freestyle and 100-meter backstroke. In 2003, she won gold at the FINA World Aquatics Championships and was named Finnish Sports Personality of the Year.

She was swimming for the Finnish junior national team by age ten.

She was the flagbearer for Finland at the 2012 Summer Olympics in London.

She has an older brother named Juuso.

She and Dutch swimmer Inge De Bruijn are both World Champions in the women's 100-meter freestyle.

Hanna-Maria Seppala Is A Member Of