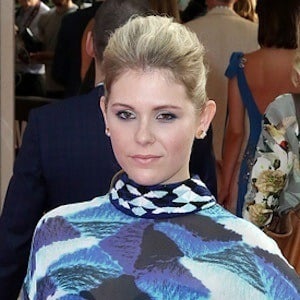 English actress who is known for her appearances in both film, television, as well as theatrical productions. She has also done several radio spots in addition to her acting.

She attended Gravesend Grammar School for Girls and graduated from the Royal Academy of Dramatic Art in 2011. Her feature film debut was in the 2014 romantic musical Walking on Sunshine.

She starred in the 2014 film Hide and Seek which received the Edinburgh International Film Festival's award for Best British Feature Film.

She was born and raised in Gravesend, Kent in England. She is the sister of Gemma Arterton.

She starred in the play My City, which featured Tom Riley and Tracey Ullman at the Almeida Theatre.

Hannah Arterton Is A Member Of