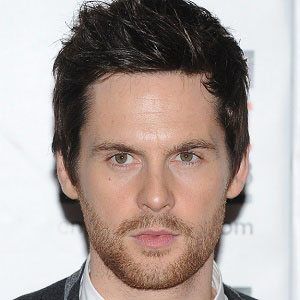 Perhaps most well known for his title role in the fantasy series Da Vinci's Demons. He is also notable for his appearances in the TV series Monroe, as well as for his starring role as Freddie in the 2009 feature film Happy Ever Afters.

After graduating from the University of Birmingham with an honors degree in theatre and English, he established a stage company and subsequently trained at the London Academy of Music and Dramatic Art (LAMDA).

His theatrical credits include a 2008 London West End production of David Hare's The Vertical Hour and a 2011 Broadway staging of Tom Stoppard's Arcadia.

He spent his youth in Maidstone, Kent, England. He got engaged to actress Lizzy Caplan in 2016; they later married in September 2017.

He and Carmen Electra play two of the main roles in the 2007 comedy movie I Want Candy.

Tom Riley Is A Member Of