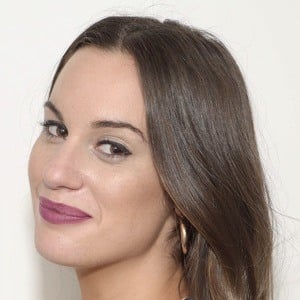 Reality television star who is best known for her appearances on the Bravo television series Summer House. She is also known for her social media presence and shares humorous posts and videos for her over 500,000 followers. She often uploads videos of herself interviewing people in public.

She graduated from the University of Wisconsin and started her career playing tennis professionally. Prior to making her debut on the show Summer House, she was working as a Creative Video Producer for the Betches Media Company.

She is known for having launched her own podcast called Berning in Hell where she interviews a wide range of guests on insecurities, anxieties, and fears. She has also garnered a large following on her beingbernz Twitter account where she shares her candid thoughts.

She was born in Brooklyn, New York but was raised mainly in the Shelter Island area. She is also the granddaughter of social media celebrity Vera DiLeo.

She shared a photo with fellow Summer House cast members Paige DeSorbo and Amanda Batula to her Instagram in May of 2019.

Hannah Berner Is A Member Of