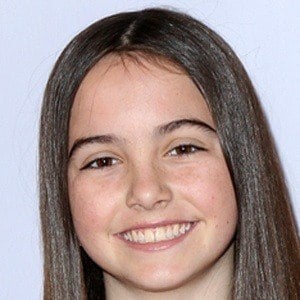 She got involved with theater at the age of 7.

One of her earliest roles came in 2015 when she starred in the Hallmark channel movie October Kiss.

She is from Vancouver, Canada.

She appeared in the Syfy series Van Helsing which stars Kelly Overton.

Hannah Cheramy Is A Member Of