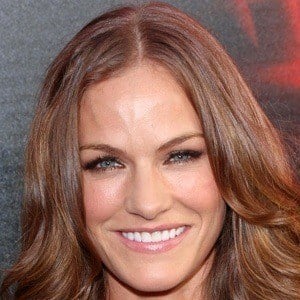 Actress known for appearing on such TV series as True Blood, Beauty and the Beast and NCIS. She also plays the title role in the SyFy series Van Helsing.

After high school, she moved to New York to study at the American Academy of Dramatic Arts. She performed in off-Broadway shows before making her way to television.

She co-wrote and co-directed the 2008 film The Collective.

She married Judson Pearce Morgan in April 2004. Their daughter Ever Morgan was born in 2011.

She appeared alongside Sean Bean on the series Legends.

Kelly Overton Is A Member Of