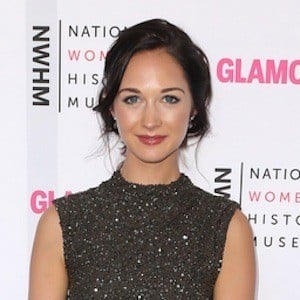 Television actress who is best known for her recurring role in the PBS original series Mercy Street as well as the STARZ series Outlander.

Beginning with training in ballet at the young age of two, at 18 she transitioned into acting. She attended the Guildford School of Acting in Surrey, England.

She was homeschooled until the age of ten when she then attended a Quaker school until she graduated.

She was born and raised in Radiant, Virginia by her English mother and American father on a farm. Her sister Emily Vere Nicoll is also an actress.

In the series Mercy Street, she stars alongside other actors including Norbert Leo Butz and Gary Cole.

Hannah James Is A Member Of