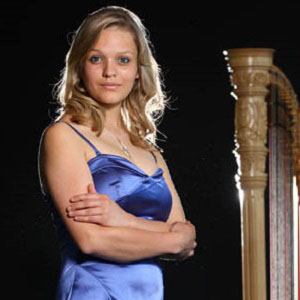 In 2011, this acclaimed Welsh harpist earned the title of Official Harpist to the Prince of Wales, a position she held until 2015. Prior to assuming this position, she received several music prizes and played first harp for the Schleswig Holstein Festival Orchestra.

She won harp prizes at the International Eisteddfod and Urdd Eisteddfod competitions.

She spent her earliest days in Swansea, Wales, and the bulk of her childhood in the towns of Mumbles and Treboeth.

She performed for U.K. Prime Minister David Cameron and several other world leaders at a 2014 NATO event held at Wales' Cardiff Castle.

Hannah Stone Is A Member Of