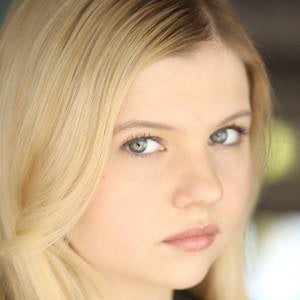 Actress who rose to fame as a child first for appearing in the show Camp Nottahope. She then went on to become the animated bird named Tweet on Ruff-Ruff Tweet and Dave.

In 2011, she earned her first acting credit appearing in the television show Cheer.

She has had small guest roles on popular shows like Castle and Criminal Minds.

Hannah Swain Is A Member Of