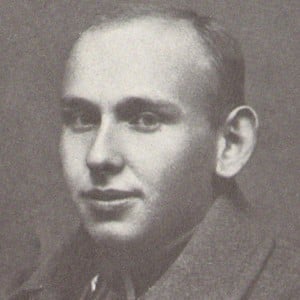 Author of the German Democratic Republic's national anthem. He and Bertolt Brecht were close friends and frequent collaborators. He lived, performed, and taught in East Berlin during the Cold War.

He served as a front-line soldier in the Austro-Hungarian Army during World War I, during which time he was wounded on several occasions. He was a student with Arnold Schoenberg from 1919 until 1923 and became the first Schoenberg student to incorporate the twelve-tone or serial technique into his compositions.

He was one of the first artists to be placed on the Hollywood blacklist by film studio bosses and was called 'the Karl Marx of music' by HUAC.

His sister Ruth Fischer testified against him before the House of Un-American Activities Committee. He and Charlotte Demant were wed in 1920, but separated in 1934.

He was deported in 1948, prompting folk singer Woody Guthrie to write the song "Eisler on the Go."

Hanns Eisler Is A Member Of