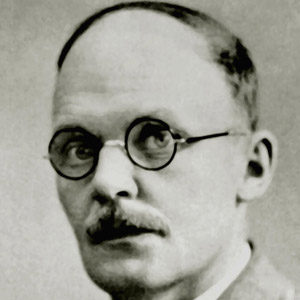 Remembered for his development of a radiation measuring device known as the Geiger counter and for his role in the famous Geiger–Marsden experiment (which discovered the existence of the nuclei of atoms), he was the 1929 recipient of the prestigious Hughes Medal.

He earned his doctorate in mathematics and physics from the University of Erlangen in 1906.

During the World War II years, he was a member of the secret Uranium Club, a group of German scientists engaged in nuclear weapons research.

He was born in Potsdam, Germany, to University of Erlangen professor Wilhelm Geiger.

He became acquainted with his scientific collaborator, Ernest Marsden, while studying under physicist Ernest Rutherford at the University of Manchester.

Hans Geiger Is A Member Of