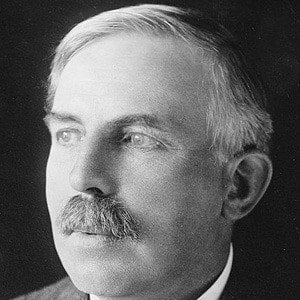 The father of nuclear physics who discovered that atoms have a positive charge located in a nucleus in 1911. He also developed the concept of radioactive half-life, which describes the exponential decay radioactive substances.

He couldn't continue his work at Cambridge because of arcane rules about his young age.

He is widely credited as the first person to split the atom in a nuclear reaction in 1917 and he won the 1908 Nobel Prize in Chemistry for his work on the disintegration of the elements and the chemistry of radioactive substances.

He had five sisters and six brothers.

Ernest Rutherford Is A Member Of