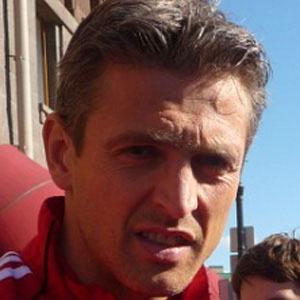 Retired goalkeeper who played for teams like Hamburger SV and Bayern Munich during his lengthy career. He was a member of the German national team which finished as runners-up at the 2002 FIFA World Cup.

He was born in Oldenburg, West Germany and began his career with TSV Grobenkneten in 1980.

He won Bundesliga and DFL-Supercup titles with Bayern Munich in 2010.

He has several children with a woman named Katja.

He was managed by Rudi Voller at the 2002 FIFA World Cup.

Hans-Jorg Butt Is A Member Of