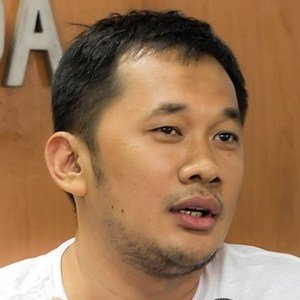 Award-winning Indonesian director known for his work in teen romances and religious dramas, including Auat-Ayat Cinta (Verses of Love), Cinta tapi beda, Soekarno, and Get Married.

He first became interested in theatre as a child. He made his directorial debut with the short film Tlutur in 1998.

He won two Citra Awards for Best Director for the films Brownies in 2005 and Get Married in 2007 at the Indonesian Film Festival.

He was born Setiawan Hanung Bramantyo in Yogyakarta, Indonesia to Salim Purnomo and Mulyani. He is the oldest of five children. He studied at the Jakarta Art Institute.

Hanung Bramantyo Is A Member Of