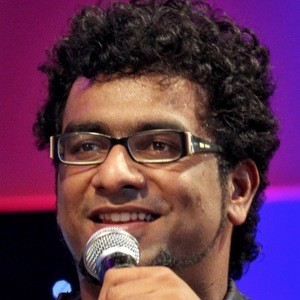 Indian pop singer who is known as a Carnatic vocalist, playback singer, and musician who has worked in the Tamil, Malayalam, and Telugu languages.

He recorded his first song for the film Kaadhal when he was just 17.

His grandfather P.S. Ganapathy was a musician as well.

He made music for "The Story" starring Prithviraj Sukumaran.

Haricharan Is A Member Of