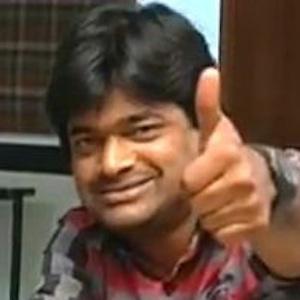 Telugu writer and director known for his work on the movies Mirapakay, Ramayya Vasthavayya, and Gabbar Singh. He helped write Chirutha and Bujjigadu.

He acted in theatre before moving to film, where he worked as a writer and assistant director before landing his first project, 2006's Shock.

He's had minor appearances in several films, including Ninne Istapaddanu, A Film by Aravind, and Neninthe.

Born in Dharmapuri, he grew up in Hyderabad, India.

He's worked extensively with Ravi Teja throughout his career.

Harish Shankar Is A Member Of