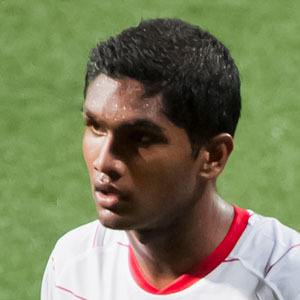 He attended the National Football Academy in 2003 when he competed on their youth team. He then started his senior career in 2007 when he joined the Young Lions FC. His debut with the Singapore national team also came in 2007.

He is known for having been honored as the S. League Young Player of the Year in 2010.

He was born and raised in Singapore and married Syahirah Mohamad on March 9, 2014.

He is the youngest player to ever play with the Singapore National Team, breaking the previous record held by fellow player Fandi Ahmad.

Hariss Harun Is A Member Of