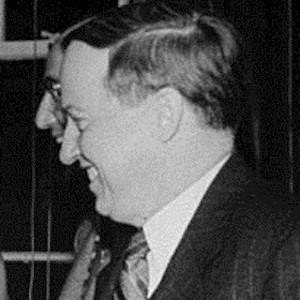 Award-winning astronomer remembered for correctly estimating the size of the Milky Way Galaxy. He also originated the concept of "habitable zones," which describes areas in space where liquid water can be supported.

He was a Journalism student at the University of Missouri before switching his focus to Astronomy.

The "Shapley" crater on Earth's moon is named in his honor.

He married Martha Betz in 1914. One of his sons is Nobel Prize-winning economist Lloyd Shapley.

He led a public campaign against what he perceived as the pseudoscience of Russian psychiatrist Immanuel Velikovsky.

Harlow Shapley Is A Member Of