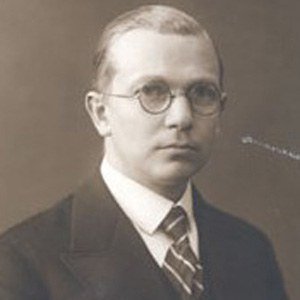 A 20th century Estonian archaeologist who received the national Cross of Liberty for his important work.

He graduated from the University of Tartu in 1925.

His life's work was recognized after his death in a book written by archaeologists Lembit Jaanits and Jüri Selirand.

He had six children with his wife, ethnologist Aliise Moora.

He was born in the same country as psychologist Juri Allik.

Harri Moora Is A Member Of