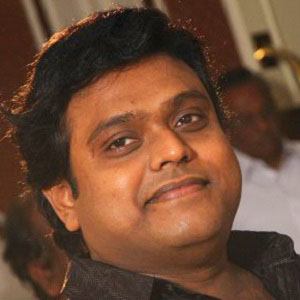 Known for his Hindi, Telugu, and Tamil film scores, Jayaraj received five Filmfare Awards between 2001 and 2009 and went on to win a 2012 SIIMA Award for his work on the Tamil thriller Thuppakki.

During his childhood years, he trained as a classical guitarist, making his professional debut on the instrument in 1987. He scored his first film, Minnale, in 2001.

He toured the world in 2011 with a program of film music titled "Harris on the Edge."

The child of cinematic musician S. M. Jayakumar, he was raised in Chennai, India.

He won three music awards for his work on the 2009 Tamil film Ayan, which starred Suriya.

Harris Jayaraj Is A Member Of