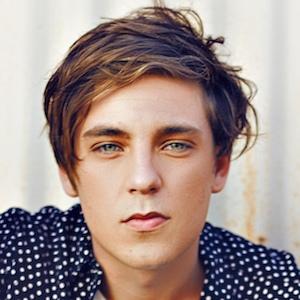 Member of the Australian pop rock band At Sunset alongside Tom Jay Williams and his brother Andrew Kantarias. The band released their debut EP Back in Time in 2012.

He started playing the guitar when he was just 7 years old and immediately fell in love with music. He soon began to write his own music and realized guitar wasn't quite enough, so he started singing as well.

He performed in live musicals all through school.

He was born in Adelaide, South Australia. Apart from Andrew, he has another brother named Matt.

With At Sunset, he covered Justin Bieber's "As Long As You Love Me" which accumulated more than 1 million views online.

Harrison Kantarias Is A Member Of