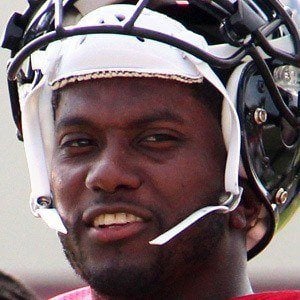 Wide receiver who made his NFL debut in 2008 for the Atlanta Falcons. He spent seven years with the Falcons before signing with the Tennessee Titans in 2015.

He was a star basketball in high school, before electing to play football at the University of Louisville.

He was a two-time All-Big East first team selection while at Louisville.

His brother, Toney Douglas, is a professional basketball player. He married Kierra Douglas.

He played a supporting role behind Julio Jones and Roddy White during his last four seasons on the Falcons.

Harry Douglas Is A Member Of